Kevin Felderhoff is a member of CMW, well known to many of you. He enjoys turning end-grain pieces and has found that the most dramatic wood grain comes from logs or branches with irregular shapes-far from round. Kevin demonstrated his flying wing natural edge vase in the morning session and how to make wine glass stems in the afternoon. His class on Sunday, Jan. 21, at the Herman Center was on creating the wine glass stem and a natural edge bowl. 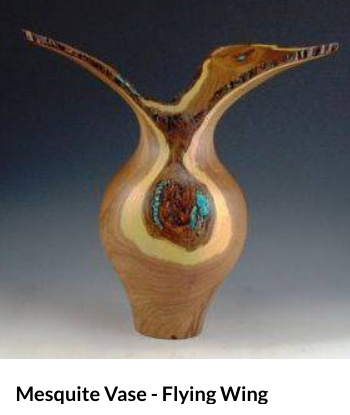 Click on the file to the right to read Kevin's own description of turning "A Bark-Edged Flying Wing Vase" which was published the AAW Journal in August 2017.

There is a DVD of this demonstration in the CMW Library available to CMW Members only.