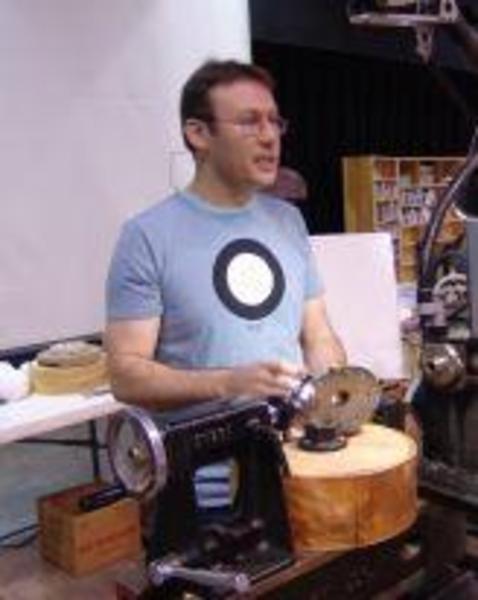 Glenn grew up on a farm at the foothills of Mount Leinster, Co Carlow, Ireland. He developed a love of working with wood at an early age. At sixteen he became passionate about woodturning. He realized quickly that there was a demand for his well designed and handcrafted pieces.

When Glenn finished school in 1993 he began an apprenticeship as a cabinet maker (Carlow, Dublin, Germany) where he learned many new skills. In 1996 Glenn set up his own business as a woodturner and undertook a two-year business course with the Crafts Council of Ireland in Kilkenny and Carlingford, Co Louth. Since then the demand for his work has grown steadily.

Glenn returned, with his family, to Co Carlow in 2005 where he built his home and studio. From there he runs a business that produces approximately 1500 fine crafted bowls annually. In addition, Glenn frequently receives nviitations to participate in national and international exhibitions promoting the best of Irish craftsmanship.

From locally sourced native hardwoods, especially beech, Glenn makes all his salad bowls. Each piece is dried slowly in a kiln to ensure that it is suitable for use in the home. This process takes up to eight weeks. It is skillfully hand turned on a lathe to produce the purest of forms and finished with natural oils to protect the wood and maintain the richness of the grain. Lovers of craftsmanship and food around the world enjoy and treasure Glenn’s pieces. 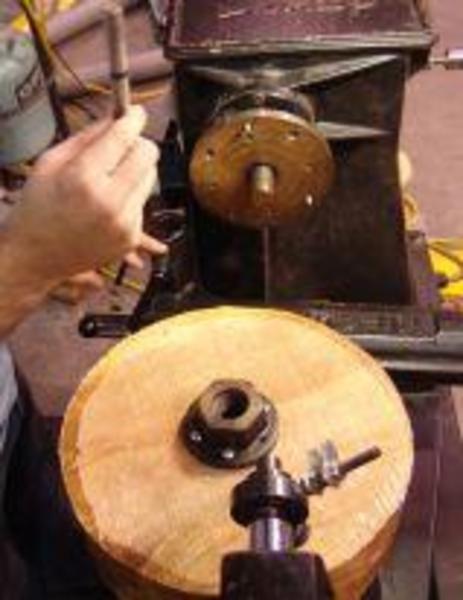 Glenn started his demo showing the introduction to his DVD depicting his production bowl turning techniques beginning with the harvesting of the log, coring, turning and finishing. He prefers to work with logs that have been down for 1-2 years so that they have lost some of their moisture content but are still wet enough to turn effectively. 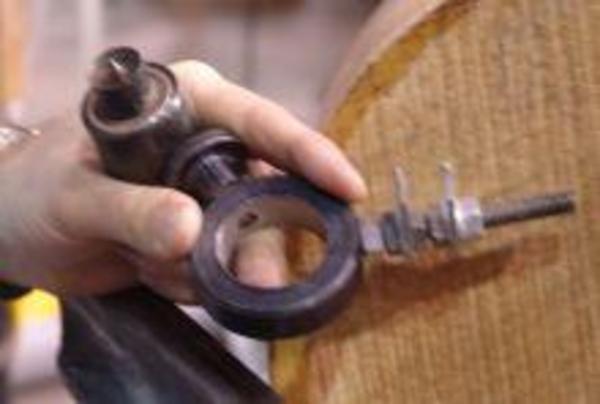 Glenn uses a bowl gouge that is ground back 1" on the left and 1” on the right. Because of this, it is impossible to use a jig to grind it. Glenn grinds a relief so he can reach that the interior bottom of the bowl. He aligned the tool rest at 45 degrees to the piece. The tailstock live center he uses is a cup center and has an attachment to it that allows him to set the diameter of the tenon that he will turn on the bottom of the piece. The cup center prevents the live center from digging into the blank as happens with a live center with a single point. Glenn uses dovetail jaws on side grain work. Glenn keeps the bases of his pieces as large as possible prior to going into the kiln so that any distortion in the drying process does not pose a problem turning when the piece is re-turned. 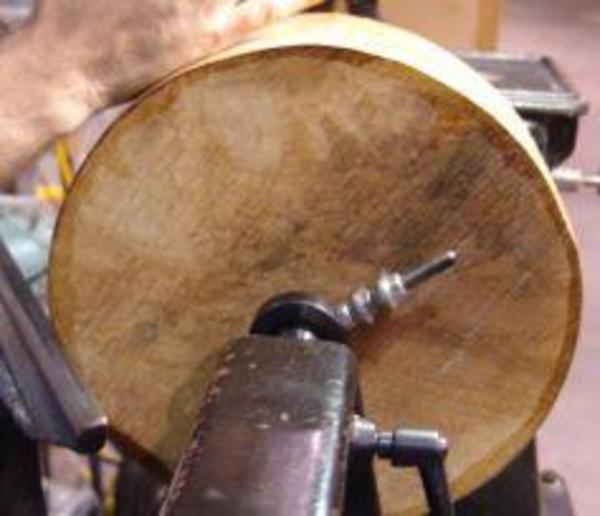 Turning began at a slow speed. Glenn increases the speed to the point when the lathe starts to vibrate. The speed is then either decreased slightly or increased slightly. The vibrations may cease with the slightly increased speed. When roughing the piece Glenn turns left handed. This directs the shavings into his shaving bin, keeps them from hitting him, and prevents the expelled water from soaking him. He makes 45-degree cuts when rough shaping the blank. He then began the shaping process and the formation of the spigot (tenon) for the chuck. He used a dovetail scraper ground to the exact angle (75 degrees) of the jaws to define the tenon. Glenn removed the piece from the faceplate and placed it in the dovetail jaws. He used a Vicmarc 120 chuck with deep dovetail jaws. It is imperative that the piece not rest on the bottom of the jaws. The jaws should be as closed as possible when gripping the piece. If the jaws are too open then the piece is gripped at only eight points, and more likely to come out of the jaws should a catch occur. 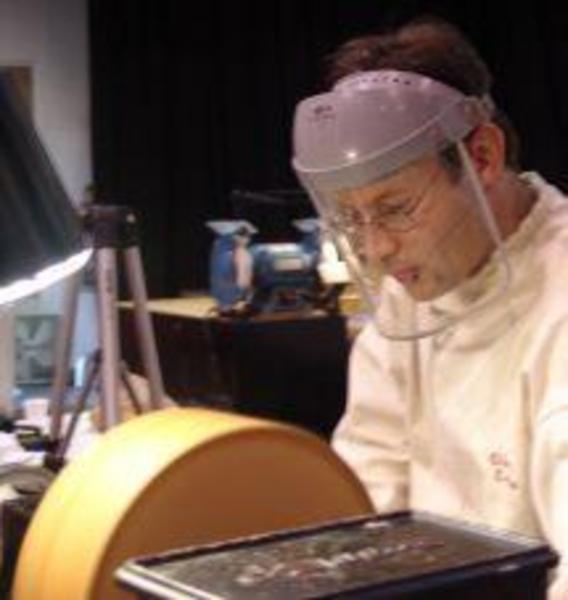 Glenn first trued up the face of the bowl prior to hollowing. He began hollowing using multiple cuts but all down to the same depth – about 2 inches. Then the next level was hollowed. Glenn repeated this until he completed hollowing. Glenn leaves an even wall thickness except he leaves the bottom areas somewhat thinner. This helps prevent cracking during the drying process. He also seals the end grain of the rough turned bowl. His gouge bevel angle is 55 degrees. This permits him to do a continuous cut on the entire interior bowl surface.

He used a kiln to dry the rough turned pieces. Glenn packs the kiln with as many pieces as possible with boards between layers of bowls. This encourages even drying. For air drying the end grain is sealed and the inside of the bowl is packed with shavings then placed the piece in a paper bag with more shavings.

After drying the piece that has been rough turned it is mounted on an MDF disc. He makes this disc to match the size of each bowl he makes. It is actually two discs. He attaches the first to a faceplate. The second disc is glued to the first with the center section removed. 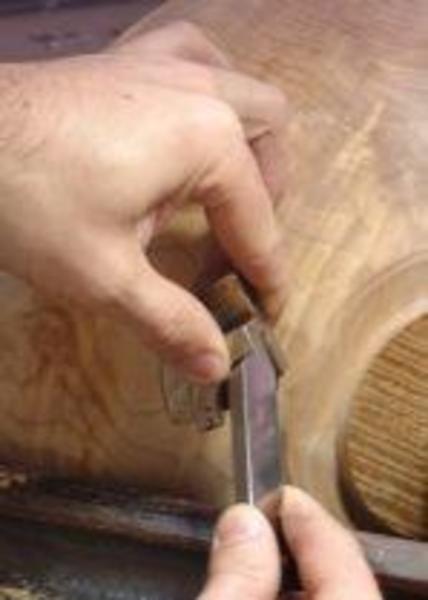 The remaining side portions of this second disc have a rough rubber pad glued to their upper surfaces so that when they are in contact with the piece it does not slip. This entire MDF disc acts as a jam chuck. Then Glenn placed the pre-turned dry blank against the disc with the pith orientation parallel and centered on the opening between the two disc edges with the rubber surface. It is centered and the tailstock brought up. The size of the tenon to be formed is determined. He used a ?-inch bowl gouge to shape the outside of the bowl. Glenn referred to this gouge with a parabolic shaped flute as a super-flute tool. The outside was shaped and the tenon made. He used the dovetail scraper to shape the tenon. He used another gouge without the swept back wings and having a 45-degree bevel to clean up the outside of the bowl’s surface. He did this using the push cut. The bowl was reversed and placed in the dovetail jaws. He leaned up the rim and roughed the interior into a round. This completed the morning session. 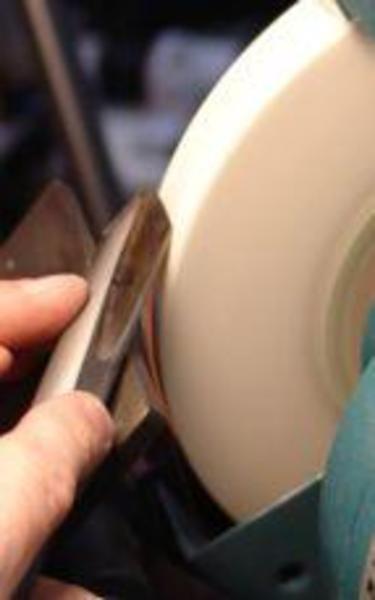 Before continuing work on the bowl turned during the morning session Glenn talked about grinding. He uses a slow speed grinder. His fine (80 grit) wheel is a Norton 3X and is on the left side. His 40 grit wheel is on the right. His grinder is mounted at a height higher than his lathe spindle. He feels that it is important to have the area around the grinder unobstructed because he stands in various positions in front of the grinder and at the sides during sharpening.

Glenn took a poorly ground tool and showed how to reshape it. First he dressed the wheel. He didn’t just push the dresser against the wheel. He made a new track across the wheel to even it out. Then he ground a new radius edge on the flute opening. The thickness of the metal on the flute edge was evened out, and the angle of the flute determined. He used the fine wheel to complete the sharpening process.

Next Glenn showed the sharpening of his 3/8-inch bowl gouges. These have a very short (about 1/8-inch) primary bevel and a much longer secondary bevel or relief. They have a 45-degree bevel. To complete the deeper areas of the bowl he used a 55- degree bevel with a straighter cutting edge. Glenn does not hone his tools – he turns right off the grinder. Glenn further thinned the interior of the bowl using the above ground 3/8-inch gouge. Glenn went a certain distance into the interior before vibrations occurred. He then switched to a 55-degree bevel tool. With this tool, he could proceed all the way to the center of the bottom. Glenn sharpens (touches up) his tools before each finishing cut.

Glenn then cleaned up the rim. He discussed sanding. He sands on the outboard side of his lathe. He uses a variable speed angle drill. He uses six-inch discs with a firm pad to do the outside of the piece and 3-inch pads on the inside. He begins with 120 grit then 180, 240, and 320. Glenn tucks the drill upside down under his arm while sanding for maximum control. He stressed that he does not go to the next higher grit until all the torn grain is gone. The purpose of higher grits is to simply remove marks from the previous one. The lathe runs about 500 rpm during the sanding process. When doing the inside he first focuses on the end grain areas with the lathe stopped. Then he blends the entire inside with the lathe running. 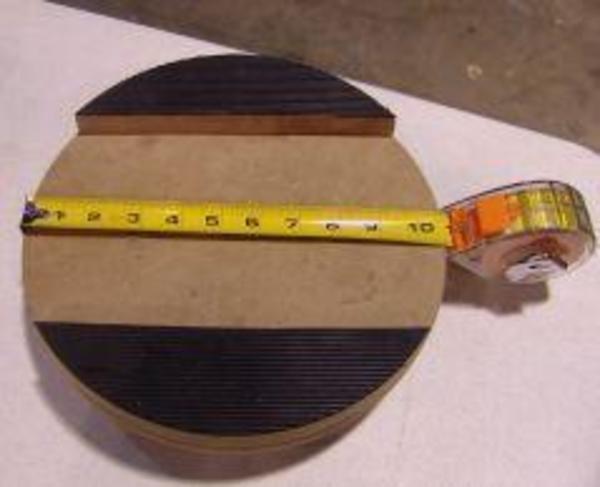 Next Glenn discussed his finishing process. He uses an oil finish – either mineral oil or walnut oil. The oil is wiped on and rubbed in and then used 400-600 grit paper to rub the oil during sanding. The oil coat is then repeated. Then Glenn removed the bowl from the chuck and placed it on a vacuum chuck. The piece was centered, and the vacuum turned on. Unfortunately, the wood was porous enough on the end grain areas that the vacuum did not hold. Because of this, Glenn simply jam chucked the piece and brought up the tailstock. Glenn turned the base with the 3/8-inch gouge until only a small nubbin remained. During the turning, it was undercut so the bowl would sit firmly on the table. The nubbin would be chiseled off and the base sanded. This completed the 12-inch salad bowl. 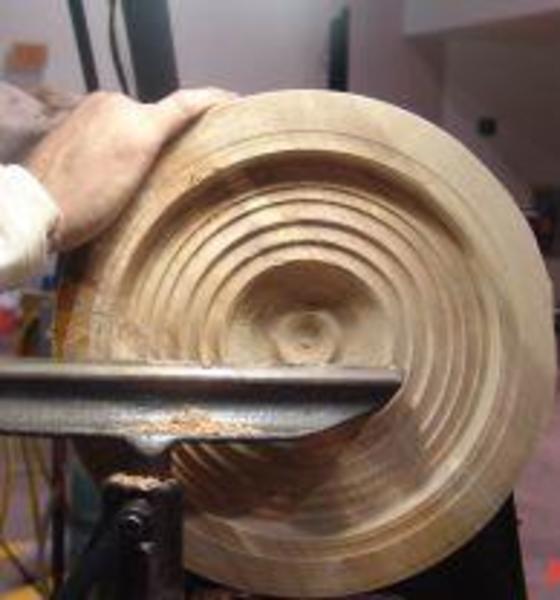 Glenn next turned a 12-inch ash platter. He placed it on a faceplate. Then he cleaned up the face of the piece and flattened it. The base area was about 70% of the diameter. He formed an ogee shape between the base and the rim. The 3/8-inch gouge removed the torn grain. Glenn marked a recess for the dovetail jaws on the base and finished the base with the 3/8-inch gouge using the push cut. He cut the recess for the jaws with a modified scraper – º” on the left side is straight and the remainder with a radius. Glenn made a plunge cut with this scraper. Glenn used a skew to clean up the recess. He used the push cut to clean up the edge. He made a slight radius on the lower edge of the rim. Then the reduced the thickness and formed a radius on the upper edge.

Then Glenn removed the piece from the faceplate and placed the recess in the jaws. Then he cleaned up the face was and removed about ?-inch of the thickness. It was hollowed from the center outward to the rim. The rim was rolled in slightly. He opened up the center area to the desired thickness. Once Glenn achieved the desired thickness, he cleaned up the interior of the platter using the short bevel gouge. It was wet sanded using Mahoney oil. Glenn started off using 150 grit cloth backed paper dipped in Mahoney oil. (The piece had oil rubbed on it prior to the sanding process.) Then he used 220 paper with the oil. 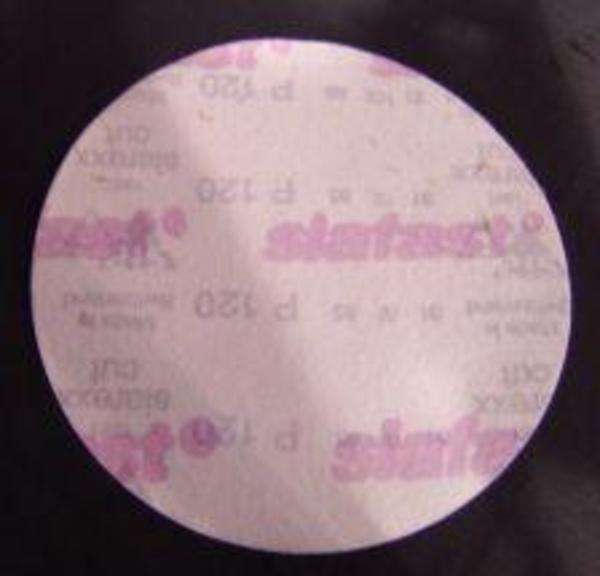 Swiss made SIA wool followed the sanding, this produced the final finish and completed the 12-inch ash platter. This ended the demo. It was fast moving and very informative. Glenn emphasized safety and body movement throughout the demo.

Our DVD recorder did not function properly so there is not a DVD of this demo, but the CMW library has two of Glenn’s DVDs on bowl turning which contain what this demo covered.